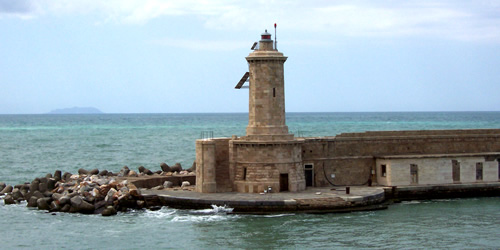 Among all the most important seaports of the coast, Livorno has the peculiarity of being both a commercial and a tourist destination; it is the youngest town as well. Although Livorno has lost a great part of his historical value, the principal building of the city center keeps standing: a fortified pentagon, realized after the criterions of the Ideal City. Among the beauties of Livorno, worthy of being admired, there are: the Monumento ai Quattro Mori, the tower of Marzocco, the Cisternone, the Fanale dei Pisani, the Fortezza Vecchia, the Fortezza Nuova and the Terrazza Mascagni.